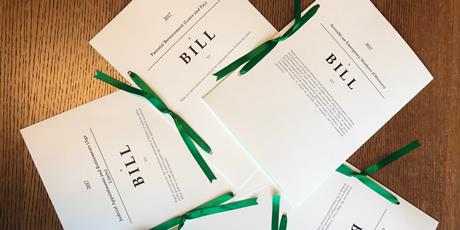 The Home Education Bill introduced by Lord Soley is on the radar of many Home Educating families at the moment.  On social media there are many discussions amongst Home Educators around the Bill, ranging from those families that are mildly anxious to those that are feeling sheer panic to all of those in between!  There are blogs being shared by those that are passionate about Home Education some discussing and dissecting the content of the proposed Bill.  With the second hearing having taken place in November 2017, the government committed to consultation during the second hearing and we now await a date for committee stage.

At this point the Government has stated that it is “keeping an open mind on the Bill”. It has also, however, expressed a belief that local authorities already have the powers they need to act in cases where children are not being well educated at home, and that the focus initially should be on making the existing legal arrangements work better. In this regard, the Government has announced that it intends to consult on revised guidance on home education for parents and local authorities, with the drafts expected to be produced for consultation “in the next few weeks.” (Feb 13th 2018).

As a result of the above process, there has been a rise in the general buzz around Home Education in newspaper articles, radio and tv shows.  For us Home Educators this can feel pretty disconcerting, particularly when there are people, with a perceived level of authority discussing something that could impact our lives in the future, and particularly when it is clear they are not necessarily approaching their discussion from an evidence based and well researched place.  With the general public joining the conversation, often having chosen more mainstream methods of education for their children, we can often find ourselves having conversations with people that perhaps have formed opinions from others opinions or opinion based pieces.  Of course our natural instinct is to want to passionately defend our often very thoroughly researched and informed choices around Home Education and the way we have chosen to do it.

In my day job I spend a lot of time guiding families to make important decisions around how they want to birth their babies.  The way we do this together is by asking lots of questions to the right people, doing lots of research, looking at the evidence base and then making informed choices as we move forward with a plan.  It therefore felt important when considering this topic to share an article that essentially does the same.

I want to remind people that often what is being shared on particular online forums are sometimes individuals perceptions of a situation and those that admin the forums may be censoring what is shared and guiding the conversation to align with their personal views.  This unfortunately can sometimes contribute to the low level of anxiety amongst us rather than being reassuring or helpful.   Of course each of us should deal with this however we choose to and we may want to respond to the Governments Consultation individually and talk to our local MP’s and our LEA’s.  I suggest everyone does their own research, and wholeheartedly agree with the suggestion further down to keep an eye on Fiona Nicholsons Ed Yourself Blog for the latest updates.  They are always unemotive and factually correct.

I have spent time researching, reading and talking to friends and in particular, one very dear friend, who also happens to be very knowledgeable about the process of Private Members Bills in the House of Lords. A Home Educating mother of 2, in a former life both her and her husband were Clerks at the House of Lords.  I asked her to share her thoughts.  I have found them very reassuring, rational and insightful and I hope other Home Educating Families will find them to be the same:-

Home educating can give rise to lots of anxiety. One source of worry is that the law around home education will change and families will suddenly find themselves being made to register, to be required to have regular meetings with the local education authority, to follow curriculums, or have children forcibly put into schools.

The home education community is very aware that Lord Soley has introduced a bill to “make provision for local authorities to monitor the educational, physical and emotional development of children receiving elective home education, and for connected purposes”

If I spent time looking at the content of his bill, I would become anxious. But mostly I am not. Why not? Because of the sort of bill this is and how Parliament works.

Why am I writing about this?

My husband and I worked for many years in the House of Lords. We were both Clerks. This is a little bit like being the civil servants of Parliament. We advised Members of the House of Lords about parliamentary procedure – how to ask questions in the Chamber, how to get the Government to answer questions in writing, and how they could get something made into law. We needed to understand how bills become law. I thought it would be helpful to give some information about the sort of bill Lord Soley has introduced and the likelihood of it becoming law.

How do bills become law?

In both Houses the bills have to go through many stages. This takes time. There has to be a certain amount of time between the different stages. Some of those stages are a debate setting out the general principles in the bill. Some of these stages allow members (including the Government) to amend or change the bill. In order for a bill to be changed the majority of the Members have to be in agreement, which is decided by voting.

In the House of Lords, a bill, whether introduced by the Government or another member of the House, has to have these stages:

Lord Soley has what is called a Private Members Bill. If you are a backbench member of either House and you want to have a debate on something you feel passionately about, then there are not many options open to you. If you want a big debate and you want to demonstrate that you are very serious about something, then you might decide to put down a Private Members Bill. Sometimes you do this as part of a long-term campaign to get the Government to introduce a bill sometime in the future. Lord Soley may be hoping for this. I do not know his personal intentions.

A second reading debate on a Private Members Bill in the House of Lords is a bit like someone having an important chat about something they feel passionately about, where a Government Minister is obliged to respond in detail.

There are many Private Members Bills tabled every session. Very few become law. Those that do mostly start in the House of Commons, and are sponsored by the Government. This means that the Government asks a friendly backbencher to use some of the time available for private members bill debate to change a small bit of law, often uncontroversial.

Time in both Houses is always very limited, even for Government introduced bills. A private members bill has even less time available to it.  A general rule of thumb would be that a House of Lords private members bill would need to have all its stages discussed and sent to the House of Commons before Christmas.

What has happened to Lord Soleys’s bill?

The current session is likely to be longer than usual, so there could be more time available. I do not believe that this means that Lord Soley’s bill will become law, and this is for many reasons but definitely because of …

What else is happening politically

Hmm. Brexit. Brexit. And more Brexit. The reason the Prime Minister has said she wants to have a 2 year session is because there is so much law that needs to be passed in order for the UK to exit the EU. Brexit is taking up all the time of Government and Parliament. The civil service are struggling to work out how to take the UK out of the EU and the laws that would need to be passed in order for everything to continue without major cock-ups. Parliament will need to spend all of its time discussing those bills. And voting. And arguing.

But everyone talking on the bill seemed to support it

The Government Minister will always be helpful and polite. It is Parliament and the House of Lords in particular is very polite. So, in responding to Lord Soley in the Second Reading, the Minister said that the Government would consult on the issue of more monitoring. But also that it believed that the LEAs had sufficient legal resources.

This may be a firm commitment from the Government. Or may be a way of saying politely, Thank you very much Lord Soley for your hard work, we will do something, which is not actually changing the law, when we have time, energy and political capital. Perhaps not ever. Or at least not for a few years.

As for other Members, I suspect that only Members who want to change the law would bother to speak in the debate. (Lord Lucas is a wonderful notable exception). Lord Soley will have spent time encouraging his mates who believe the same as him to speak. Of course. You would. This is your moment to make the Government listen. Others might not bother, as they do not expect it to become law, and they have other things to do, other bills to examine, people to meet and so on.

Of course, strange things happen, so this is just the opinion of my husband and I based on our experience and what has gone before.  Fiona Nicholson, experienced in all things home education, SEN and Government/Parliament has written the following succinct account.

What will I do now?

Help the home education community to stick together. I do not want fear to divide us into parties who “school” at home, “school” on outside visits/classes, or who natural learn/unschool in all its guises. The reason home education is so wonderful is that it allows families with many different viewpoints and experiences to give their children the start they believe is appropriate to them and their family.

Keep half an eye out for an announcement of the Government consultation, and then probably respond to that. Fiona Nicholson will alert the home education communities.

Here is her latest update:

Breathe in and breathe out. Trust in my decisions, trust in my children. Delight in our journey. Talk to others about it if I want. Keep quiet if I want. Accept that not everyone will agree with my decision, just as I may not agree with their life/parenting decisions. Focus on all the good in our community.

I leave you with some words from a letter published in the Guardian in 2010 when the then Government did introduce a bill to further regulate home education. It was signed by many, and said amongst other things:

“A change in the law is unnecessary. Parents are already required by law to provide an education suitable to the age, aptitude and ability of their children, and to any special educational needs they may have. Local authorities already have the power to take action if parents do not do this.